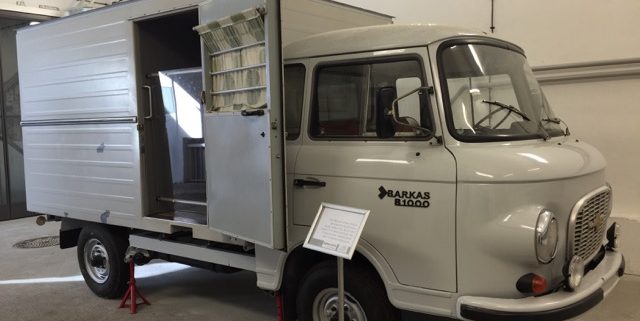 One of the most characteristic aspects of the communist rule in 20th century Central and Eastern Europe was the use of the secret police to keep the population in line with the ideals of the party. The secrecy surrounding the secret police have captivated people’s interests while also evoking a sense of fear for almost thirty years after the fall of communism. During our visit to the Stasi prison in Berlin we were able to experience firsthand the horrors and pervasiveness associated with this totalitarian state institution. Following limited use directly after World War II, the prison was reopened in 1951 by the East German Ministry of State Security, more commonly known as the Stasi, and operated until 1990. It was here that political prisoners and those seen as a threat to the communist state were held. One of my main takeaways from our visit there was the level of organization within the secret police and just how cruelly effective the Stasi was at getting prisoners to talk. 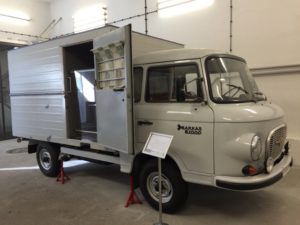 The Stasi as an organization used a number of tactics to gather information and intelligence from prisoners. Among these were the use of forms of psychological torture. At the prison we learned that following Stalin’s death in 1953, there was a switch in methods from the use of physical torture to psychological torture. When prisoners had to be taken outside their cells, for example to the hospital, they would be driven around in windowless vans, taking strange routes, all in an attempt to keep the prisoners from learning the layout and the size of the prison complex. Additionally, if a prisoner was lucky enough to have a window in their cell, it was not completely translucent, so that they could not fully see the prison yard or anyone in it. Playing into the practice of psychological torture was the Stasi’s use of sleep and food deprivation. In certain wards, specifically the infamous “submarine ward”, lights were kept on all throughout the day and night. This not only made it difficult for prisoners to get an adequate amount of sleep, but it also kept them in a 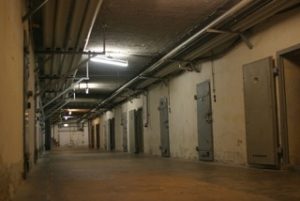 constant state of disorientation as they were unaware of the time of day. Additionally, prisoners were only allowed to sleep in a certain position and were woken up by the guards anytime they moved, further adding to their inability to sleep. One of the most effective ways of keeping prisoners on edge and pushing them to inform on others was the constant fear of being watched. The Stasi guards and interrogators made a conscious effort for the prisoners to always feel as if they were being watched. Among the most creative methods utilized by the Stasi was the decision to carpet the hallway outside of the cells so that the prisoners could not hear if a guard was outside their door. Relating back to the use of psychological torture, in cells with more than one prisoner the Stasi would sometimes place an informer in the cell, therefore keeping the prisoners in a constant state of unease. They would not know who the informer was, or that there even was an informer in their cell. However, the uncertainty would keep prisoners from speaking negatively about the state for fear of being reported to the guards. 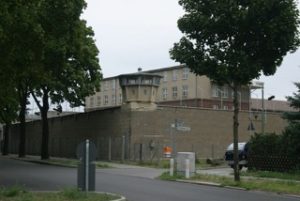 In addition to the methods utilized by the Stasi to extract information, the institution’s intricate organization and the measures taken to keep its activities from the knowledge of the general population are quite intriguing. As we learned during our tour of the Berlin Wall, at one point in time there were 2 million individuals connected to the Stasi, at a time when the overall population of the country was only 9 million. While they may have had connections to the secret police the vast majority of these people did not fully understand the actions and methods the Stasi was taking against their fellow citizens. The Stasi made a distinct effort to keep the citizens in the dark. We learned that when prisoners were being transported in and out of the prison they were kept in vans with the names of businesses on the sides in an effort to keep those living near the prison from thinking anything unusual was occurring. The guards not only wanted to keep the general public in the dark, but also the prisoners themselves. In order to keep prisoners from speaking to one another when being transported around the prison, the guards used a red light-green light system. When coming to the end of a hallway, a guard would switch the light to red, meaning that the hallway was in use. A guard walking down another hallway would see this signal and put their prisoner in a dark cell before signaling for the other guard to bring his prisoner through. In this way, an absolute isolation was possible. After seeing so many sites connected to the totalitarian pasts of the countries that we visited, the brutality of the Stasi prison did not so much surprise me as rather helped me to further understand the conditions under which everyday citizens were forced to live. 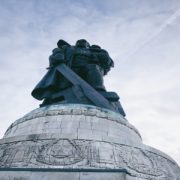 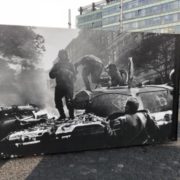 Suffering for Freedom: Socialist Realism in Memorialization
Scroll to top