Blog - Latest News
You are here: Home / Bez kategorii / Children of The Diaspora

“Asgard is not a place, it’s a people.” Thor: Ragnarok may have been heavily and rightfully criticized, but when I heard this line, it hit home. My concept of nationality and identity is ever so inconsistent and fluid, but I want to believe that a nation lives through its people, not its land. This is the story Thor: Ragnarok tells. But its hard when the land you’ve lived in your whole life, or maybe even born in, rejects you. This is the story I lived in as a Filipino in Dubai. From my experiences, we are seen as inferior and are forced down to the bottom of the society. Pushed in the corners of the city, I found a new Filipino-Dubai identity forming. An identity with stories of exclusion from both Dubai and the Philippines. We know them personally, institutionally, and quietly. That’s why I was astounded to hear that same story from our tour guide in Vienna as we walked through a neighborhood in the city predominantly inhabited by the Turkish community. To learn about this vacuum in identity within the Austro-Turkish community brought a chill that I was far too familiar with. It was fascinating how extremely similar our stories were – a story of a community of people in a country that rejects them. As we trekked through Vienna, I couldn’t help myself thinking about how the Turkish community and I formed our identities in such a similar way. It made me feel a little closer to them – finding a piece of myself in a continent I’ve never been in.

Many people’s first thought about national identity is citizenship. This make sense, as most people are born where they are from. But for those who belong to a diaspora, it’s not so simple. For example, Austria recently made dual citizenship illegal. Though not exclusive to them, the impact on the Turkish community is different to other nationalities. The Turkish started arriving to Austria in the mid-1960’s as guest workers after a contract was signed between both governments in 1964. Apparently Austria did not expect for them to stay in Vienna for this long. Imagine your family being in Austria for generations, not having been to Turkey your whole life, then being made to choose whether you are Austrian or Turkish. When dual citizenship was taken away, many of them chose to keep their Austrian passports, stripping them of their citizenship rights in Turkey, one of which is the ability to vote.

To be frank, I was astounded when I heard this. It seemed Austria was erasing their history, their identities, their struggles. To make them choose their identity is nothing but an echo of the stripping of identity that we’ve learnt extensively about in this program.

But of course, people are more resilient than that. We are not just what our passports say we are. The Turkish community is still vibrant in Austria. They were neither just Turkish nor just Austrian, but Austro-Turkish. This intersection of identities was so well-seamed that the first restaurant I ate in in Vienna was Turkish, and I didn’t even realize it. As I look back, the staff were of Turkish-descent yet spoke German. I, as with the rest of my group, just assumed that they were ethnically Austrian (whatever that means). It may be different for a local Viennese, but in the eyes of a foreigner, the Austro-Turkish – no matter their citizenship – were a part of Austria as schnitzel is. 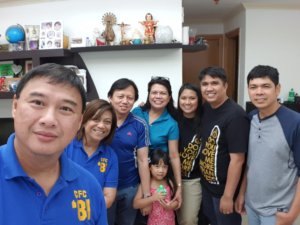 Filipino community in Dubai, bound by the Catholic church. Much like in Europe, the Filipino Catholics in Dubai are religious by tradition rather than by practice.

Learning that hit a nerve for me because I’ve felt a similar confusion that they must have felt. In the UAE, expats are not given citizenship at all. Even if you’ve been there for generations, your family’s passports are still from your home country. Many young Filipinos have never been to the Philippines, barely speak Filipino, and can hardly identify with “Filipinos in the motherland.” Yet they are not Arab. Neither can they speak English or Arabic fluently nor fully identify with UAE culture. We belong in this strange space in identity that is hard to define purely based on citizenship.

Much like the Austro-Turkish, our sense of national identity is beyond our citizenship. The soil that we grew up in is as much a part of us as the passports that we hold. As I pieced my own experiences with the Turkish one, I felt a sense of relief in the lines that I drew between them. The thought that the same questions I’ve been asking myself my whole life are also being asked thousands of kilometers away made me feel attached to to them. It was as if we were children of some confusion, some commotion, and here we are, brothers and sisters beyond oceans.

As I thought about this cheesy metaphor of being brothers and sisters, I slowly realized what connected us if it was not blood. Our sense of national identity is created by collective memory. A memory of what we, as a people who live on land that isn’t ours, mean beyond our personal lives. This collective memory may be fictitious or not, but it binds us together as we try to find our nationality.  It may be a direct memory of what it was like to be in our home-countries, indirect memories told by our parents and grandparents of how the birds sang different songs in the country they grew up in, or memories we’ve collected just by association.

That last kind of communal memory is especially intriguing. Our tour guide talked briefly about how the Austro-Turkish maintain their national identities through the media. The media has this power to make huge distances feel frighteningly close, and to create a sense of identity between people who are countries apart.  This power is so new. No longer do people feel so isolated in other countries when they can switch the TV on and watch the news from their hometown hundreds of kilometers away. 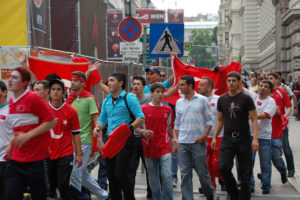 This is the case with the Austro-Turkish. Apparently, Turkish TV is biased towards Erdogan, so a lot of the Austro-Turks, who have access to these channels, are supportive of him. Not only does this provide a sense of political autonomy for the Turkish outside of Turkey, but it also creates a collective political identity of those who don’t have other sources for ‘being Turkish’. This may be a little problematic as those who are able to control the media can regulate what the Austro-Turkish can know and not know. This idea can also be carried onto social media. On platforms where users can engage in actual discourse,

a sense of community may be easier to achieve.

This is what I’ve seen with Filipinos in Dubai. In spite of never having been in the Philippines, many Filipinos actively have political opinions and identities formed through social media. Many a times have I seen whole arguments break out on Facebook and Twitter around Philippine politics between people who have not directly experienced Filipino policies. This made me wonder whether they knew what it was like to actually feel these policies that they’re arguing about. Then it made me wonder if their opinions are any less important than those that do. These discourses were fascinating because it really highlights that to be Filipino does not mean you have to be in the Philippines, and this was the case for many of us. 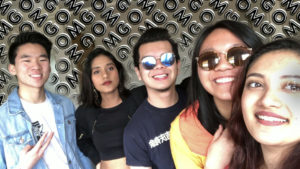 Both positive and negative, the power of the media ultimately helps build collective identities through common associations. Dispersed communities use it to still be a part of the national discourse that they are physically distanced from. And these conversations that they are a part of – whether it be on Facebook, Twitter, or the comments section of Buzzfeed – are building blocks for political and national identities. I find this incredibly important because this form of mass communication is brand new in history. Diasporas, isolation, and irregular identities are nothing new. But this unregulated creation of transnational identities across borders– that’s new territory.

As I close this essay, I feel that it is my responsibility to tell you that I am not trying to equate the Turkish experience with the Filipino one.  Rather, I want to highlight how spiritually relieving it was to hear that I was not the only one who has never felt at home. Before I went on that tour, I found it hard to see real experiences in my readings. It was easy to find myself too immersed in academic ponderings about minorities, to be too deep into readings to consider that they concerned the lives of real people. This helped me ground myself, and how grateful I am that it did. This family-like connection that I feel towards children of the diaspora is significant. May it be the Austro-Turks, or the Asgardians from Thor, or my international friends back in Syracuse University who are also part of a great displacement– there is something that brings us all together. Maybe it’s the sense of not having a true home, or maybe it’s the sense of having many. 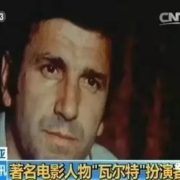