Blog - Latest News
You are here: Home / Bez kategorii / How do we measure depravity: In meters? In feet?

You know how some of the most beautiful animals are often the most dangerous? Their captivating colors serve as warning signs of their venom. In nature, therefore, appeal is quite often equated with danger. I guess the subconscious awareness of this relation between enthrall and danger significantly informed the way in which I experienced our approximation to the Paneriai Memorial Site. I remember trying very hard not to find it beautiful; that such stark beauty would serve as too much of a contrast for the remnants of depravity I was sure to bear witness to. 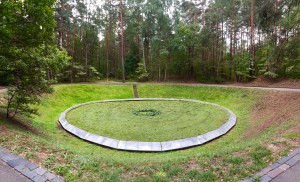 During the course of most guided tours through museums, the plaques and pictures and the voices and the people and the noise, allow for this sense of removal, of separation from truth, from horror. In this instance, there was too much to be overcome, too much to bear witness to. The voice of the guide, the awareness of being in a group just sort of dissipated into thin air. And the vastness of space, the height of the canopies, the heaviness of the air, all weighed down on you, forcing you to truly be, to truly see.

There exist, or so I thought, two very distinct systems of measurement in the modern world: the metric and the imperial system. From the manner in which I took notes that day, you can very easily discern the exact moment in which I was introduced to a system of measurement, of quantity, which I had never before encountered nor imagined. From one point in the description of the depth of the pits to the next, the quantitation of size went from measurements in meters to “86 soldiers were shot here,” “2,550 women and children,” “25,000 people…,” “6,000…”

In retrospection, the question somehow morphed from “how to measure evil”, into: “should such attempts even be undertaken”? Vastness, albeit impressive and shocking, trivializes individuality. Names get lost to numbers, lives to digits. Human beings, their histories, their potential, their dreams, begin to then take on this nonrepresentational condition, outside of being statistics, outside of being a form of dimension. 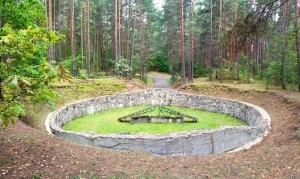 More so, people figured as numbers permit a further removal from the immediacy of the history, of the horror, and of the accountability. Lithuania has a history of oppression, very much evident in normative narratives. But it also has a history as an oppressor, which is significantly underplayed in these same narratives. Referring to people, especially to Lithuanian Jews who perished in the Holocaust, exclusively as numbers supports the lack of recognition and accountability. This same quantification of lives, when combined with the categorical distinctions drawn between Lithuanian citizens and Lithuanian-Jewish citizens, serves as an indicator of the dissonance within the society itself, illustrating the malleability and fragility of the concept of citizenship, especially regarding the observance of ‘rights’. Moreso, these drastic social cleavages then become indicative of the trends we see today in the treatment of material histories as well as with the creation of cognitive histories, especially at the national level.

In the minds of post-war Lithuanian citizens, distinctions between Lithuanians and Jewish-Lithuanians have been ingrained to the point of normalization. The memorial site off Paneriai is part of the National Jewish Museum, but is not considered as part of the Museum to Genocide Victims; is a separate entity, continuing in line with this distinction of citizenry and further perpetrating it.

National identity, it seems, is more easily built on a sense of pride, rather than on culpability or self-criticism, which are understood to be detrimental to nationhood. Recognition and more so, admittance and reiteration of guilt, especially in respect to the role of oppressor, is dangerous for a nation-state, which has so recently found itself independent.

I guess we must then truly and honestly ask ourselves how successful the Final Solution was. Albeit it was in fact an effort to physically exterminate Jewish people, we must also consider that extermination refers not solely to the condition of ending a material being, but it can be carried out in different dimensions as well. The historical and current delineation between Lithuanian-Jews and Lithuanian citizens can thus begin to be understood as a realization of the Nazi’s aims; this continued ‘othering’ is a manner of exterminating a people in and of itself. The Lithuanian-Jews are not a part of the Lithuanian people, they are a separate entity, “others”.

They are not people, they are about 6 million. 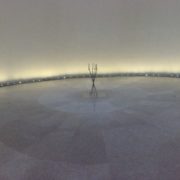 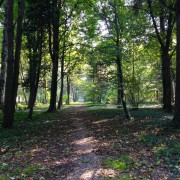 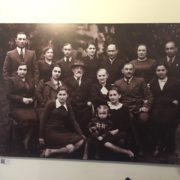 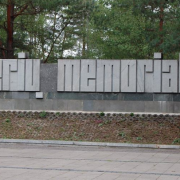 I won’t write about Auschwitz.
Scroll to top