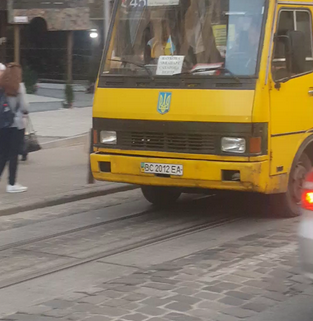 Lviv is one of those places that rarely leaves anyone without an opinion. After being established in the 13th century, the city went through series of wars, conflicts, attacks and peace treaties. It grew and developed the most under the Polish rule, but after the last partition in 1944 Lviv became a part of the Ukrainian Soviet Socialist Republic. It has since established itself as a center of culture, education and most importantly Ukrainian nationalism. That makes city’s various social and political cleavages very evident and creates many topics for discussions, arguments and disagreements between Ukraine and its eastern and western neighbors.

Lviv as a city does a very good job of showing off its Ukrainian pride and does so in a variety of ways. The first thing one notices after entering the city is that the vast majority of citizens use Ukrainian as their primary language and prefer to use it even when they communicate with Russian speaking population. The fact that it is used by all generations, from little kids to elderly demonstrates how deeply the language has rooted into society and that it isn’t simply a political agenda pushed by the new, generally anti-Russian government.

The city officials do their part as well of pursuing this patriotic, pro-Ukrainian rhetoric.  While all the city signs being in Ukrainian is more or less a given, a visitor will spot an excessive amount of yellow and blue flags put all around the city. Furthermore, the road from the Polish border to Lviv is decorated with countless amount of them, almost looking like government is trying to make some sort of statement to the visitor and remind them every 500 meters or so, that this is Ukrainian land and no one else’s. Trident, the Ukrainian coat of arms is engraved on majority of the monuments and is printed on every form of city transportation. While it is a bit overwhelming, overall, displaying country’s two main symbols is widely used and is an accepted occurrence across the globe. But Lviv takes patriotism to completely new levels and comes up with some measures that cause an ambiguous reaction inside and outside of Ukraine.

Lviv is believed to be the center of Ukrainian far right patriotism, and upon a quick stroll through the city, the reasons for that become very obvious. People express their views in a variety of ways, such as nationalistic graffiti, themed businesses and even every day attire. Many swastika-resembling graffiti tags can be found around the city, and sometimes full blown swastikas can be seen as well. On a rare occasion, something like “death to the antifascists” also appears on walls of the buildings.

Lviv is famous for its countless bars, shops and restaurants that often go the extra mile in terms of cultural creativity usually in forms for patriotism and nationalism. Lviv’s most famous restaurant Kryivka specializes specifically in celebrating hard core nationalism and uses it in order to attract customers, who wait to gain entry in long lines that spill out into the street. Kryivka openly glorifies UPA (the Ukrainian Insurgent Army) by displaying their photographs in the dining rooms and showcasing their weapons and communication devices. The restaurant also carries out fake shootings all Russian speakers, after placing them in the “jail” where they either have to sing a Ukrainian anthem or recite a poem in Ukrainian language. One might argue that this is done in simply as a show for tourists, but if you look closely at the crowd inside the restaurant, the vast majority is Ukrainian who seem to support the ideas and messages this restaurant carries. Kryivka is not at all the only one of its kind in Lviv. You can spot UPA attire upon a closer examination practically in every other shop. These businesses are popular and have been working for years, thus the ideas that they convey have a strong support in Ukrainian society.

Government officials pursue this ultra nationalist rhetoric as well, but take far more radical steps in order to do that. The most famous and controversial examples are the streets and monuments named after an ultra-right Ukrainian nationalist and a Nazi collaborator Stepan Bandera. Right off Lviv’s main train station, on the way to the old city and the center a long street named after him is located. Right in the middle of it, there is a statue of him with the Trident right above his head. Government’s Ukraine’s neighbors treat these measures with a great deal of skepticism and disapproval. Russia, considering its history with Ukraine fighting alongside during the WW2 has always criticized its nationalistic ambitions and views the hard core patriots as equal to Nazis. Poland, the country that has been affected the most by Ukrainian nationalists. Bandera lead the massacres in Western Ukraine that murdered according to some estimates up to 100,000 people. The nation has been much more vocal in disapproval of recent glorification of Bandera and UPA and has openly stated that Ukraine will have no future in Europe as long as this rhetoric continues. Ukraine’s new pro European government seems so ignore such comments and continues to support the nationalist flame marches that continue to take place every year in all major cities on Bandera’s birthday. 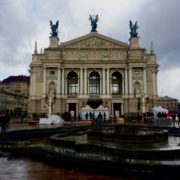 The Rhetoric of Patriotism & Nationalism