The Roma people have long faced persecution within Europe’s borders tracing as far back as to the reign of the Habsburg empire. Their lifestyle has long been an issue for European countries for being “nomadic” and having an “uncivilized” way of life. The persecution of the Roma people intensified after the end of World War I after Ethnic minorities were forced out in the process of nation-state formations. Borders were reshaped in Europe after the war which fueled ambitions to define who belonged to a nation and who did not, in order to create homogenous populations. These newly created nation-states did not include minorities such as the Roma which were in turn pushed out of the national narrative. Being stateless and dispersed across Europe’s borders, Roma were highly vulnerable to discrimination and expulsion all over Europe.

Eastern and Central European countries dealt with what they declared as the issue of the Roma through expulsion and forced sedentarization. These violations of rights and dignities continued until the start of World War II when conditions for the Roma drastically worsened. The Roma people were seen as being undesirable by the Third Reich. They were grouped as being an inferior “race” for their nomadic lifestyle and unwillingness to assimilate into daily life. Within two years after National Socialism’s rise to power in 1933, the Nuremberg Race Laws were released which dictated belonging to the German people by blood, not by citizenship. Hence, cultural minorities were legally turned into the ethnic Other, stripping former German citizens of their rights and identities.  Also, the Roma were affected by this legislation, declaring them an enemy to the race-based state and consequently sent to labor and concentration camps. The Roma people were assumed to have been originally part of the Aryan race by the Germans. The Germans believed the Roma may have mixed with other populations which explained their current asocial and nomadic behavior.

The labor and concentration camps played a major role in the decimation of the Roma people. Although attempts were made to flee from being deported or sent to concentration camps, Roma were killed in the woods in which they were hiding, nevertheless falling victim to Nazi persecution. The extent to which the Roma people were murdered cannot be fully accounted for. The estimates of the amount of Roma people killed during the Holocaust are about 500,000 individuals (Chronology of the Genocide of the Sinti and Roma). 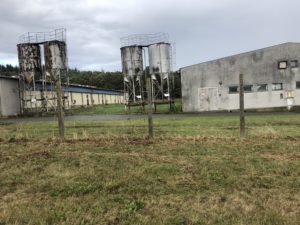 One of the Roma internment camps was Lety in the former Czechoslovakia republic. This labor camp had horrible conditions which led to disease becoming the main cause of death. The quarters in which the people slept and were held in were too small for the number of people being interned.  They had little food, water, and faced unsanitary conditions. These conditions led to outbreaks of diseases such as typhoid which rendered individuals weak which led to the death of individuals who already faced sleep and food deprivation. The Roma people who did not die of starvation, exhaustion, or disease were ultimately sent to Auschwitz. There many of the remaining Roma populations met their fate.

An order by Himmler on December 16, 1942, mandated the deportation of the Roma people to Auschwitz. It is estimated that about 23,000 Roma people were held captive in Auschwitz. In the Auschwitz concentration camp, there was a camp dedicated to the “gypsy population” from where Roma were eventually sent to the gas chambers. The Roma people imprisoned at Auschwitz were used to do forced labor mainly in construction. The Roma women were allowed to keep their children, unlike the Jewish families which were separated upon arrival. The Germans learned that the Roma were easier to control through the manipulation of their children.

Roma children functioned as medical specimens to the Nazi Regime because they were seen to be sub-human. Yet, the children could serve to better the “Aryan” race through conducting “experiments”.  The Roma children for a short time also received “special” privileges because they were allowed to live with loved ones and given better food than their parents. This did not last long as the spread of diseases such as typhoid and dysentery led to the deaths of many children. They were also used for experiments by the infamous Dr. Mengele. He would tell the young children he experimented on to refer to him as Uncle Mengele. Roma people were also subjected to other cruel experiments such as forced sterilization and dissection. (sintiundroma.de).

Dr. Menegele was fascinated by twins because he wanted to prove that their traits such as theft, vagrancy, and failure of assimilation were inborn (Auschwitz.org). There were various studies he conducted on twins which had no real merit. Dr. Mengele also murdered Roma people who had heterochromia which is an individual having more than one eye color (Auschwitz.org). The Roma camp existed until August 2, 1944, when the remaining individuals were sent to the gas chambers.  After the end of the war, it is estimated that 25% of the Roma population in the whole of Europe were murdered. About 90% of the Roma population of occupied Czech lands, known as the Protectorate of Bohemia and Moravia were wiped out by the end of WWII. 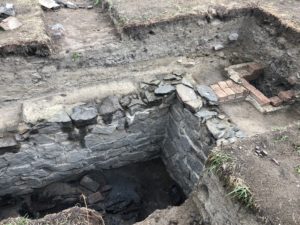 The persecution of the Roma people did not end after they were liberated from the camps or even after World War II was over. Hundreds of thousands perished at the hands of the Nazi Regime but were not given formal reparations at the end of the war. Only until the late ’70s and early ’80s did the West German government acknowledge that the atrocities committed against the Roma people were a genocide based on race. Some Roma were granted money decades after the war but in very low sums of money in the hundreds and low thousands. Many of the victims of the Holocaust never received any money as they died before they were able to receive restitution from their aggressors. The Roma people have always been treated as less than human and after the war, they were looked upon as second class victims.

In our current times’ lots of organizations, non-profits, and activists have helped the Roma people to advocate for justice. For example, the Czech Republic recently purchased a pig farm in Lety where the Roma people were held. The action of buying the pig farm was to honor the victims and restore a sense of dignity to commemorate the atrocities committed at Lety. The Roma people were aided by public support and organizations supporting Roma memorialization. Roma people are entitled to reparations and to be remembered on a global scale. This group of people continue to be marginalized and discriminated against in modern Europe today. If what had occurred during the holocaust towards the Roma people were more widely known then the conditions, they face would be different. In countries such as France, Italy, Spain, and Hungary we see rhetoric and laws set up which persecute the Roma people. The stereotypes that fueled their genocide during World War II are still used today. Just last year the interior minister Matteo Salvini of Italy wanted to compose a “census” of the Roma population. This “census” was to determine which Roma people held Italian citizenship in order to deport the undocumented Roma residing within Italy’s borders (reuters.com). 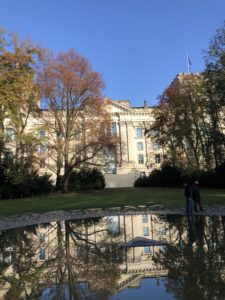 The fault does not lie solely on Europe for the loss of remembrance of the tragedies committed against the Roma population during the Holocaust. In the United States, our high school curriculum focuses on the atrocities committed during World War II.  We are able to learn about the plight of the Jews and the genocide that occurred, but we learn nothing of what happened to the Roma people. I had not once heard about the persecution of the Roma people during the Holocaust until I went on the Central Europe Program. I had known about them from books, movies, songs as nomadic people. Yet, the news of the slaughter of the majority of its people during World War II remains untouched. The collective memory of what occurred to the Roma is forgotten in history because they have few formal accounts as most could not read or write. They also had no nation or state to advocate on their behalf after the war was over. They were mainly impoverished individuals who were disregarded because of their low social status. These combined elements led them to be forgotten in the global narrative of the Holocaust.

In our world today we must fight and champion for the remembrance of the crimes against the Roma people during the Holocaust. We must also raise awareness of the atrocities and prejudice that continues in all of Europe today towards Roma individuals. They continue to be marginalized and affected by-laws made to persecute them. Many are forced out of their homes and countries for not holding proper citizenship and paperwork. They are not offered proper housing which is required under EU law and may do not hold citizenship due to fear of public institutions. Many Roma individuals are born stateless because their births are not registered which leaves them vulnerable to actions by the state. The countries within the European Union, as well as the United States, should be educating the masses on the atrocities committed towards the Roma population. These countries should also acknowledge the role that they played and continue to play in disenfranchising the Roma people. The European Union countries should be trying to actively help the Roma people without encroaching on their way of life.

The Jewish Auschwitz Center: Putting Oshpitsin Back on the Map