Throughout our travels across Europe, we’ve been exposed to various accounts of inhumanity; inhumanity—whether propagated on xenophobic or racist principles—that’s left a devastating legacy. I was particularly struck by how its legacy has affected Central European Roma. Roma, or “Gypsies,” are estimated to have moved here from India in the Middle Ages (Doris Bergen, 13). Thereafter, many non-Roma have attempted to understand them through stereotyping and labelling alone. Many non-Roma associated itinerant Roma with social and cultural behaviors tied to practices of thievery, fortune-telling, music-playing, and dancing; these associations were made, regardless of whether respective Roma should have been associated with them or not (Bergen, 16). Further, while attempting to understand those that they’d already grown so suspicious of, non-Roma begun assuming the worst: Roma were “…labeled thieves and tricksters who used their musical abilities and physical charms to lure the unsuspecting to their ruin” (Bergen, 14). These associations—while illegitimate—have generated popular indifference to their struggle for social, economic, and political mobility throughout not only 19th and 20th century, but even 21st century Central Europe.

To begin to understand the lengths to which Roma have been marginalized in Central Europe, let’s begin in the 19th Century. 19th Century Roma experienced large-scale assimilation schemes and restrictions on freedoms, as differed in extremity depending on where they were living. In Western Europe, Roma could practice a form of “service nomadism”; they filled niches in their economies, by providing services as they traveled from place to place (Will Guy, 5). In Eastern and Central Europe, however, Roma were encouraged—if not forced—to settle. This is attributed to the withstanding of feudal economies in Eastern and Central Europe during the 19th Century; feudal economies called for large, coerced labor forces. Many Eastern and Central European Feudalists acknowledged the economic strength that lay in Roma: they acknowledged that, if Roma settled, taxes could be placed on their working wages. Thus, Roma became sedentarized. They were recruited for unskilled labor, which offered few chances of mobility. And the end of nomadism led to the formation of Roma ghettos in parts of Eastern and Central Europe, whose harsh living conditions could never have been amended with what little Roma may have earned in the labor force. In encouraging Roma’s employment and housing-segregation, Eastern and Central Europeans meant to keep Roma “physically separated and stigmatized” (Guy, 7). Despite being employed—despite being needed by Western, Eastern, and Central economies alike–, this couldn’t distract from Roma’s supposed “criminality”, “impoverishment”, and “subordinance”. 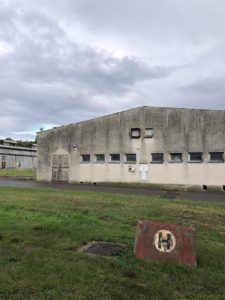 If the 19th Century Central Europe allowed Roma lesser chances of obtaining social, political, and economic mobility, their chances grew lesser and lesser into the 20th Century. Take their subjugation during World War II, under National Socialism: Hitler, obsessed with “racial purity”, prioritized the ethnic identity of Roma. A majority were forced to relocate to disciplinary labor, and later death, camps like those that Jewish, handicapped, and queer persons were sent to. These camps promoted harsher and harsher conditions—hunger, disease, and violence-infliction by the SS—that were rarely survived by its Romani inhabitants. Of the many camps that Roma were forced to relocate to included Lety u Pisku located in today’s Czech Republic. Lety u Pisku served as a place of transition between the Romani Ghettos and respective death camps; if its inhabitants (somehow) survived, they’d be relocated to death camps like Auschwitz-Birkenau. Caroline Davies relates that, “Up to 500,000 Roma, of eastern and South-East Europe, and Sinti, of Western and Central Europe, were murdered by the Nazis and their collaborators. In Romani it is known as the Porajmos, or the devouring”. Given the consistent downplaying, sugarcoating, of Roma’s subjugation during World War II, this statistic is staggering. 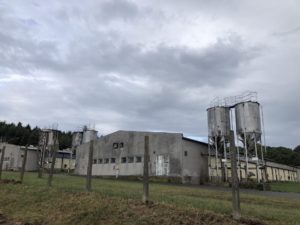 Roma’s subjugation and marginalization continued into the Soviet Era too. For example, after World War II, Soviet authorities began demolishing respective labor and death camps. Consider Lety u Pisku’s demolishing, for instance: the original camp buildings at Lety u Pisky were demolished, but further rebuilding efforts on its site—efforts that were not being made to memorialize—were authorized without appeal from mourning Roma. In 1970, a pig farm was built on the site of the former Roma camp, and it operated until 2019. It was as if Soviet-backed Czechoslovak authorities meant to erase Lety u Pisku—and the systemic subjugation and murder of Roma that it represented—from Czechoslovak national history altogether.

The years 1989 to 1991 saw the end of the Soviet Era in Central Europe. This promised peace—as would be achieved by general social, economic, and political freedom—for Central Europeans at last. Central Europeans believed that peace must live in democracies. Democracies are systems of government that encourage the active participation of all peoples—as would include the Roma—in legislation-development. However, I would like to make the case that Roma have continued to be denied social, political, and economic freedoms even after the democratization of Central Europe: they still have access to lesser educational, employment, and housing opportunities, if having access at all. Davies explains that Roma are caught in a feedback loop: “‘They are still the forgotten victims. Many people are not really aware of the extent to which Roma and Sinti were targeted,’…’Across Europe, Roma and Sinti face such high levels of discrimination, and frequently poverty, it continues or makes it harder for these events to be remembered”. If Roma are to begin being granted social, political, and economic freedoms (if they are begin being granted educational, employment, and housing opportunities), we need to acknowledge that Roma have been systematically denied them in the first place. But how? How, if their individual attempts to communicate with legislators are derailed? And how, if this derailment is informed by stigma against poverty, homelessness, and unemployment; that which they wish to alleviate themselves of in the first place? 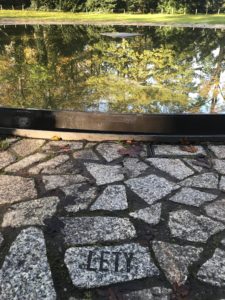 I would like to see Central European authorities—whose predecessors historically, sanctioned this subjugation and marginalization, and the Central European public—who have remained, largely, complicit to that subjugation and marginalization, held accountable today. This is where the role of Civil Society is crucial. Civil Society provides opportunities for groups of people (and non-government organizations) to mobilize toward respective changes not otherwise appealed to within democratic processes. For example, Civil Society would allow for the organization of a society’s most socially, economically, and politically marginalized; they would mobilize, so as to prevent further marginalization. Take the Museum of Romani Culture, a Czech non-government organization run for (and by) Roma. With the recent closing of the Lety pig farm, the Museum has decided to launch a competition to determine a more appropriate repurposing of its site. This allows Roma the chance to be a part of the memorialization process at Lety u Pisku, a chance that the Museum of Romani Culture stresses are rarely given to Roma otherwise! Similar initiatives from Civil Society actors are launched to encourage others to think critically about what else their social, economic, and political freedoms have granted them, as juxtaposed with what Roma have been denied. They encourage others to think critically about WHY they’ve been granted these social, economic, and political freedoms, and why Roma have been denied them too. Finally, they encourage others who have more freedoms to advocate for those who have less. Without Civil Society, we are put at risk of remaining oblivious–or, worse, apathetic–to social, political, and economic capital-disparity, as are those who’ve suffered from this disparity (like the Roma) put at risk of worse. 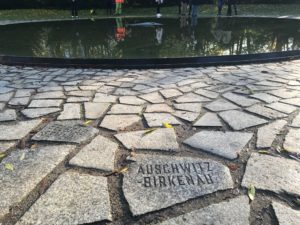 “Romani Identity and Post-Communist Policy.” Between Past and Future: the Roma of Central and Eastern Europe, by Will Guy, University of Hertfordshire Press, 2001, pp. 5–8.

Different interpretations of the Holocaust

Navigating Berlin’s Ode to its Past
Scroll to top