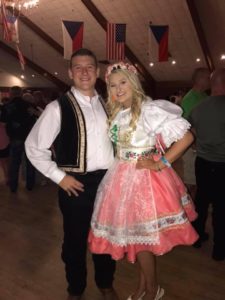 As I immerse myself in Central Europe through travel and studies, I have become fascinated in Kwame Anthony Appiah’s writing about cosmopolitanism. Appiah explores that every human holds value and are entitled to live according to different ideals. For example, one can be tied to a country of birth as well as other parts of the world. Appiah himself is an example of the cosmopolitanism he writes about because he is openly gay, a person of color and born in London to an English mother and a Ghanaian father. He now lives and works in New York. Appiah is an example of how people can belong to one community but also maintain ties to others.

As an American with Czech roots, I too identify with many communities, as Appiah describes. While I always celebrate American holidays with fireworks, barbeques, and waving an American flag off my porch, I also dress up in a traditional Czech kroj and celebrate Czech culture every chance I get by performing the traditional dance Ceska Beseda, cooking Czech meals with my babička and dědeček, and attending Czech events and festivals across the state of Texas. Speaking of Texas, I also consider myself to be a woman of Texas identity. As the stereotypical Texan, I use my manners, praise God, boot-scoot across a dance floor, and of course, tell all the non-Texans that Texas is the best place on Earth. Although I have pride for each individual culture, my identity lies within all three. Through all of the cultures, I celebrate my cosmopolitan values and enhance my sense of being a “citizen of the world” (Appiah). 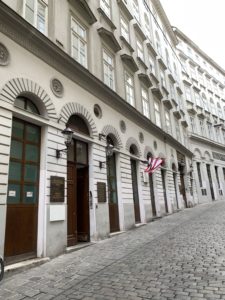 Throughout my studies in Central Europe, I have learned about many different cultures, mainly Jewish, in connection with the Holocaust.  Prior to the Holocaust, Jews have been tied to many Central European countries for centuries. For example, in Hungary, Jews lived in many parts of that country for generations. Historian Timothy Snyder writes about a young Jewish girl who described her childhood in Austria as “the most wonderful existence a child could have.” Many Jews in Austria were well integrated into life in cities holding positions of status such as doctors and lawyers (Snyder, 76, 82, 235). Jews were active in Hungarian and Austrian societies, going to school and working alongside with non-Jews. Generations of Jews felt as if they were equals in society as they partook in everyday activities side by side with those who were not Jewish. The Jewish people of Hungary and Austria before the Holocaust were integrated within society and had the same opportunities as non-Jewish people did. At that time, Jews identified as being both Hungarian or Austrian as well as Jewish (Snyder). Differences appeared in religious practices (Snyder, 82). Many Jews observed the Sabbath, some choose to eat kosher food, while others became more assimilated, living lives very similar to non-Jewish citizens. 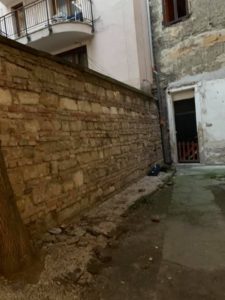 While Jews were beyond the idea of claiming only one identity, during the interwar period, they were increasingly forced out of society. As early as 1935, German Jews were denounced as second-class citizens. In Austria in 1939, Jews started to be publicly humiliated, forced to scrub the streets while non-Jewish people looked on, (Snyder, 82, 84), and undertook multitudes of other demeaning actions. Next, Jewish people were forced to mark themselves with the Star of David, so they could be easily targeted. In Hungary, Jews were rounded up to partake in forced labor. To make matters worse, stricter legislation was passed to make Jewish people be separated from the rest of society. Jews were forced to live within the walls of a ghetto with poor treatment and limited supplies. Often officers patrolling the ghetto would steal from and beat the Jews even in their homes. Eventually in between May and July 1944, approximately half of Hungary’s Jewish population were deported to Auschwitz. (Holocaust Memorial Center).

For generations, Jewish people could celebrate their Hungarian or Austrian identities as well as their Jewish culture and traditions. In the interwar period, things changed. They could no longer belong to multiple communities.

Studying this history, I have come to appreciate the importance of my own cosmopolitan identity of belonging to multiple valued cultures within the global community. While I have been long tied to America, I am able to celebrate my Czech and Texan cultures. My family and I have deep ties to the country we live in, not unlike Hungarian and Austrian Jews of the interwar period. Later, however, they were ostracized through the absence of the rule of law and by the societies, which rejected their own citizens. Today, through his writing, Appiah sets an example to the world to be open to diversity and differences, and highlights the possibility of individuals, like myself, to live as cosmopolitans. 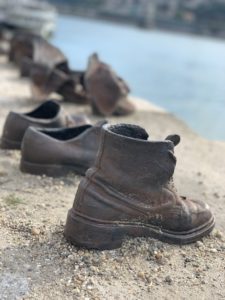 Memorial for Jews Shot and Thrown Into Danube River

Snyder, Timothy. Selections from “Sovereignty and Survival.” Black Earth: The Holocaust as

Opening my Eyes to Antisemitism’s Development in the Interwar Period