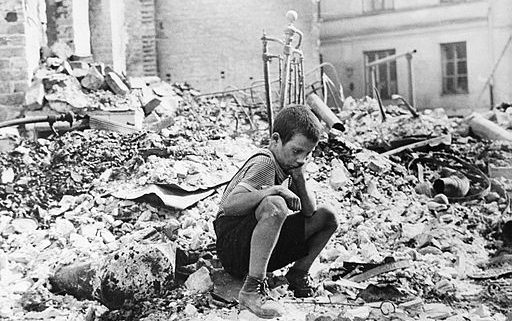 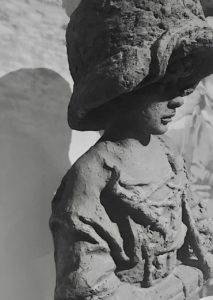 Life was good, until it wasn’t anymore.

World War II began on September 1st 1939, with Nazi Germany’s invasion of Poland. This, along with the Soviet Union’s invasion on September 17th, were met with great resistance from Poles. Poland surrendered to the Germans on September 27th and to the Soviets on October 6th, having fought “tenaciously and inflicting serious causalities” on Nazi and Soviet actors beforehand (United States Holocaust Museum). In accordance with the German-Soviet non-aggression pact, Nazi Germany annexed the regions of West Prussia, Poznan, Upper Silesia, and Danzig along Germany’s former eastern border. Remaining territories occupied by Nazi Germany became known as the General Government, and were ruled by Nazi Party lawyer, Hans Frank. Nazi Germany took the rest of pre-war Poland when it invaded the Soviet Union in June 1941. It remained in power until Poland was liberated in January 1945 (United States Holocaust Museum). What did all of this mean for Polish children?

The events of September 1st 1939, and those thereafter, were a severe shock to the Polish child’s system. When so used to one life—sleeping, eating, and playing in the same house, learning at the same school—adapting to another must have seemed insurmountable.  In her book, Commemorating the Children of World War II in Poland: Combative Remembrance, Ewa Stancyzk examined the lives of children during World War II. She examined how children may or may not have adapted to their new lives post-war, and what that adaptation may have required of them. Her examination indicates that: “despite […] regional differences and distinct personal trajectories, the lives of  many children […] were consistently marked by migration [displacement], imprisonment, loss, death, separation from families, and armed struggle” (22).

After World War II began, Polish children were forced to adapt to new lives too. While some continued living in occupied Poland after the war began, many were displaced, or forced to migrate, instead. 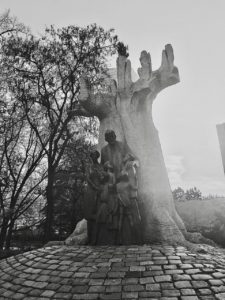 Memorial to Janusz Korczak, born Henryk Goldszmit. Korczak was a Polish-Jewish educator, children’s author, and pedagogue. Korczak did everything he could to better the lives of his orphanages’ children; he stayed with the orphanage when it was moved into the Warsaw Ghetto in 1940, and boarded the train with the orphanage’s children to Treblinka in 1941

Displacement was originally aimed at “anti-Soviet elements”, meaning that those deemed “anti-Soviet” (and their children) would have been deported (Stancyzk, 22). Although, it was clear that children of those thought “anti-Soviet” were not the only ones displaced from occupied Poland: with Poland’s annexation in 1939, children living in West Prussia, Poznan, Upper Silesia, and Danzig were displaced too. Displaced Polish children often made the journey by crowded cattle car to countries not only in Europe, but in the Arctic Circle and Central Asia. They fought to survive: they were given little food, little water. And that fight wasn’t over after the journey either. Displacement meant enduring hard labor, poverty, and life-threatening disease (Stancyzk, 23). But displaced Polish families hoped that their children could more easily adapt to their new lives—sleeping, eating, and playing in a new home—if their new lives were reminiscent of their old ones; if they could learn at a new school, and have extracurriculars and chores to do. Polish children began studying math, science, and literature, along with their respective (Arctic or Central Asian) villages’ languages. Makeshift school administrators began organizing extracurricular activities, and assigned chores to. And it would appear that displaced Polish families were right—that their children could more easily adapt—when evaluating accounts like those of formerly displaced child, Esther Hautzig:

“I grew from a ten-year-old child to a sixteen-year-old teenager, absorbing the restrictions imposed on us. Although not without grief, I accepted the hunger, the cold climate and the political deprivations as people who live near an active volcano accept frequent earthquakes–the realities are inevitable and you just have to get used to them and proceed with the rest of your life” (Stancyzk, 23).

She spoke of resilience, of an incredible ability to adapt to her new life. Those like her would have begun solving math equations and writing essays assigned to them by their makeshift schools’ administrators. Those like her would have had extracurriculars again; team sports, theater. Esther, herself, was said to have “reveled in Deanna Durbin’s song and dance” (Stancyzk, 23). Some displaced Polish children were like Esther, resilient enough to adapt to their new lives; resilient enough to have slept, ate, and played in a new home, and learned at a new school, and act as if they were sleeping, eating, playing, and learning at their old ones again.

Despite being reunited with his mother after the end of World War II, this did not rid him of the years he’d spent “crying himself to sleep in a Polish orphanage” in Tashkent beforehand (Stancyzk, 25). 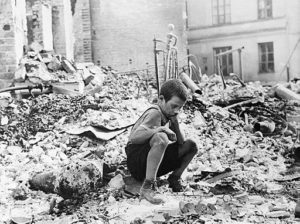 Polish boy in the ruins of the Warsaw, September 1939. Source, Julien Bryan captioned the photo in 1958: “A BOY’S WEARINESS–Ryszard Pajewski was a study in dejection when I saw him sitting on a pile of rubble. Only nine, he had suddenly been made the family breadwinner – and there was no bread to be had”

Unlike Esther, many were homesick and grieving— too consumed by that homesickness and grief to consider solving math equations, or writing essays, assigned by administrators that they would never had had to have been assigned equations or essays from otherwise. Stancyzk reveals that, for those like Lonek,  “…the necessity of having to adopt a new…[life], and eventually, to deal with the heartbreaking news from Eastern Europe undermined the triumph of survival and resulted in a deeply rooted trauma” (27).

Many of us have never spoken with a formerly displaced Polish child; we don’t know many of their names, their ages, their hometowns, let alone the extent to which they’d suffered. And, yet, our hearts ache for them anyway. Before studying Polish displacement during World War II, we should acknowledge how ill-informed we are. Our hearts ache for these children, predominantly because they’re children; because it doesn’t take much for our hearts to ache for them. However, it would be irresponsible of historians to recount Polish displacement—and allow our hearts to ache for displaced Polish children—without examining how and why they may have suffered from it first. These children adapted with displacement in different ways, and some may not have been able to adapt to it at all. Thus, we should not collectivize them. If we do—if we allow them to remain nameless, ageless—we keep respective accounts of Polish childhood (and Polish displacement) during World War II unheard. And it’s important to remember that Esther and Lonek’s accounts are two of millions: if only considering those like Esther’s, or those like Lonek’s, our understanding of the devastating realities of  Polish displacement shallows dramatically still.

“Children in World War II: Poland and Beyond.” COMMEMORATING THE CHILDREN OF

In the Kazimierz district of Krakow, there stand seven synagogues

The Warsaw Uprising in Verse
Scroll to top